Memphis-based Mueller Industries has filed a payment-in-lieu-of-taxes application with the Collierville Industrial Development Board to relocate its corporate headquarters to the Schilling Farms mixed-use development from its current location in Southeast Memphis. 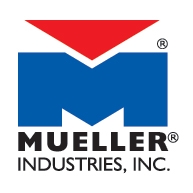 Mueller, which manufactures and markets a variety of piping systems, industrial metals and climate-control products, currently is headquartered at 8285 Tournament Drive. According to its application, it plans to relocate approximately 120 full-time employees with an average salary of $89,000 to a 55,000-square-foot building planned for the southeast corner of Schilling Boulevard and Schilling Boulevard East, just west of the Schilling Farms YMCA.

The company plans to invest $14.8 million in land, building and personal property, according to the application. If the Collierville Industrial Development Board greenlights it, the case will go to the Collierville Board of Mayor and Aldermen for final approval.

Mueller’s application comes on the heels of a first-quarter earnings report that included increases in both net income and net sales.

A 26 percent increase in copper prices helped boost sales by $66.8 million, according to the report, while a shorter quarter – which contained seven fewer days than Q1 2016 – resulted in a $31 million reduction in net sales.

Mueller shares have declined 15 percent since the beginning of the year, according to Zacks Investment Research, but the stock has climbed slightly more than 8 percent in the last 12 months.

Mueller has more than 4,000 employees worldwide, with facilities in Canada, Mexico, Great Britain, South Korea and China. Closer to its Memphis-based headquarters, it operates regional facilities in Fulton, Mississippi, as well as Covington and Waynesboro, Tennessee.

If Mueller relocates, it would join several other companies with corporate headquarters in Schilling Farms, including Helena Chemical Co., MCR Safety and Juice Plus.

And the activity hasn’t been limited to Schilling Farms. Orgill Inc., for instance, chose Collierville as the site for its new headquarters, which is being built on the east side of Houston Levee Road between Winchester Road and Tenn. 385.

Mark Halperin, EVP/COO, Boyle Investment Company Named to Memphis Business Journal’s Power 100 Mark Halperin has a subtle type of power.  He’s not often in front of the media, but he can get its attention whenever he wants it.  In 2018, Halperin helped land East Memphis a TIF district, despite it reportedly being opposed by […]

Biggs: September kicks off a fall full of food events

The Daily Memphian By Jennifer Biggs It’s time to get the calendars out. Once Labor Day passes, the events start coming fast. Here are some coming soon. Sip & Shop at Regalia is 5-7 p.m. Sept. 12 at Regalia Shopping Center at Poplar and Ridgeway. Tickets are $20 online through Sept. 11 and $25 on site. […]

NashvilleChamber.com The Nashville Area Chamber of Commerce announced Friday, August 16, that it will relocate its offices next spring to Capitol View. The new space is being built out specifically for the Chamber and will allow the organization to continue to grow and provide its members with opportunities to network and engage with fellow business leaders. “As […]